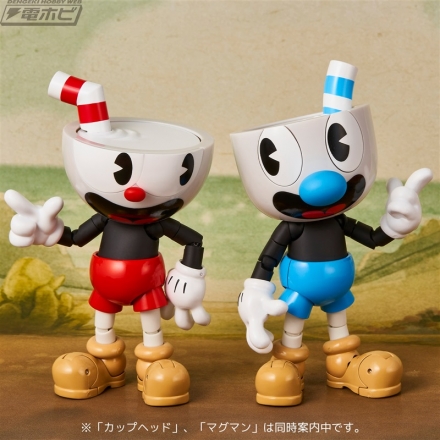 Developed and published in 2017 by Studio MDHR, Cuphead became a popular run and gun video game. The game was inspired by rubber hose style of animation, used from the golden age of American animation, such as Walt Disney Animation Studios and Fleischer Studios. Cuphead appears as a humanoid being with a large, teacup for a head, from which a bent straw with red stripes. His upper body and arms are black, while his legs are the same shade of gray as his head. He wears brown shoes, white gloves, and red shorts that match his nose. He lives in Inkwell Isle with his brother Mugman and the Elder Kettle.

CUPHEAD AND MUGMAN from the 2D action game “CUPHEAD” are now available as moving figures. Now you can enjoy a variety of actions with these figures! 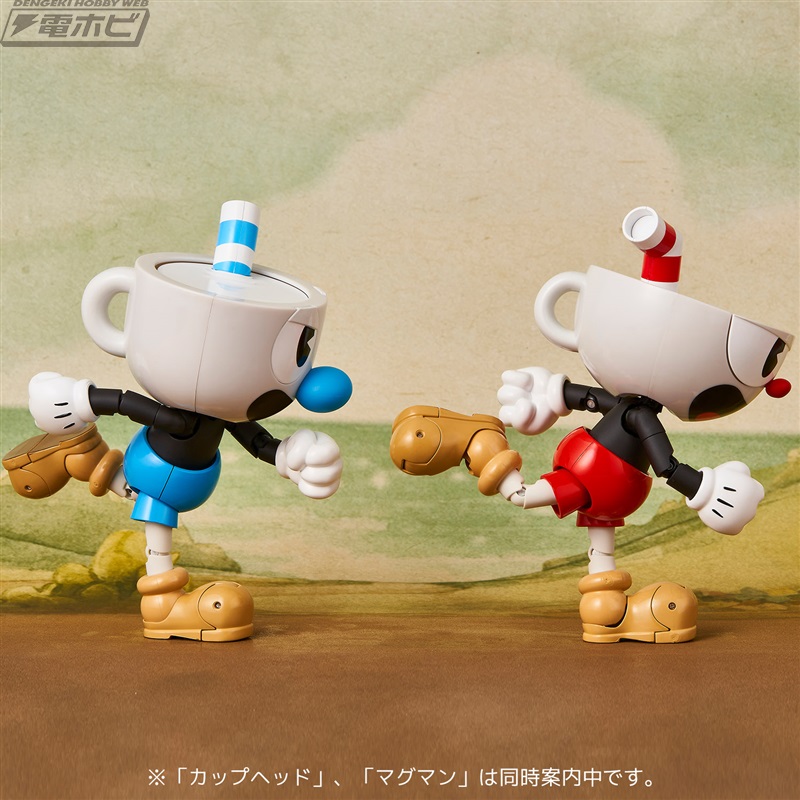 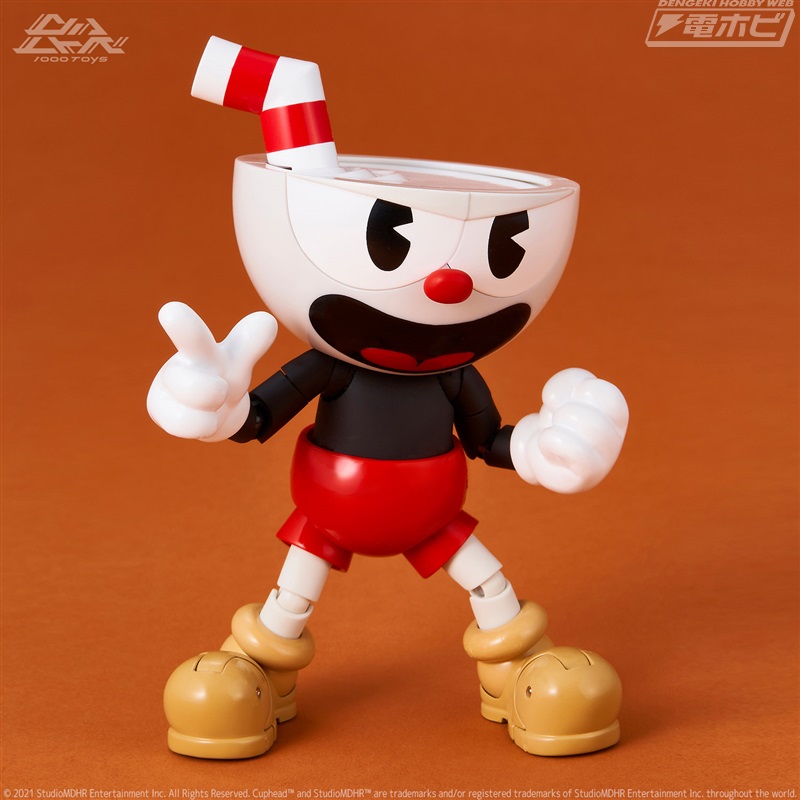 Cuphead and Mugman, which is shaped and designed like a cartoon, can reproduce the action in the game with the vertical expansion and contraction mechanism and the joints of the whole body.